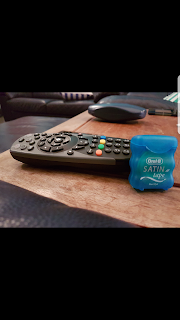 Strange piccie but it might make sense as you read along.


I am pretty sure that My Girl has quite the number of whinges about her teenage years and maybe even some from before that, and maybe the complaints about her baby years are the ones that even today she has not been able to reconcile. Yeh I was one of those mothers who rang the other parents to make sure arrangements were all above board and I was the mother who'd tear arse around and honk loudly on the horn and then storm in and drag her out of places she was not supposed to be, and I was the mother who unashamedly manipulated to ensure the tiniest bit of modesty in an era when less was definitely the preferred way to go, and I was the mother giving all the girls a lift to wherever and all the way there, there'd be a lyrical barking of the rules about drinks and drugs and watching out for each other.

I was quite the embarrassment. Oh Well.

But the home rules were not always rational and reasoned.

You see, lean in cos I have to whisper cos it seems that it is almost akin to child abuse, yeh that's right, I was THE royal pain in the arse mum, cos there was a NO CARTOONS rule in our place. The remote made very short work of even the briefest ad for some moving drawing shit. I was quite obsessed about NOT seeing any of it.  It is quite possible that she has never got over it. But I just fucking hated 'em so they were a no-no, not in the house and certainly not at the pictures.

However Grandma is more pliable - ok I admit it, she's just a bloody push over. Anything My Darling Boy wants he can have.

So the holidays movie selection was entirely in his hands, and we trotted off today to see 'Despicable Me 3'. This was his choice. I thought he might like sit next to a snoring old gal while she slept through 'Transformers' or 'Spiderman', but the cartoon was his call.

And it must be said that 2017 animation is a far cry from all that 60's crap which may well have not been as shit as I remember. In any case, we enjoyed the movie.

It didn't take long to work out what might have happened in the first 2 instalments,

And I will admit that I even enjoyed the art work and the story rocked along at a pace. Yep it was good, far better than I thought it was gonna be.

Of course there were kids talking and kicking the back of my chair and some dick woman who was so engrossed with the movie, or maybe she had earplugs in? but incredibly she failed to hear her Mob going nuts, the first time and the second time and it wasn't until I turned around and stared daggers at her that she cottoned on to it and reached into her bag to turn the damn thing off, on the third ring a ding.

It was a lovely date day and if I can now just forget that in the pocket of his coat he has a tooth wrapped in the cinema ticket, the tooth that fell out midway through the movie....oooh yuk! then I can sit back and smile.
Posted by Unknown at 17:54