A Story in 2 Halves. 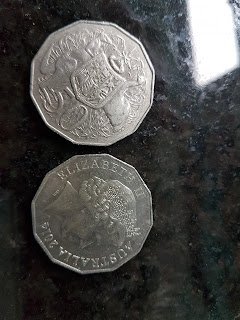 Once upon a time a certain someone moved out of their house into a brand new - to them at least - flat. They had sourced a mortgage and furniture and all the usual shit that one has in their house, as well as stuff that is not necessary and perhaps some stuff that had been collected over a life time, both theirs and other people's, stuff that perhaps was gathered by mistake or by design or just by stealth. In any case there was much excitement cos they had their own flat and their own stuff and other people's stuff and a new sex partner and a job and plenty of cash for holidays and socialising. Yep all was good in their world.

And once upon another time, a different someone was forced out of their home, the one they had decorated and furnished and loved and paid for, and they were living day at a time on other people's couches.

Yeh this is not even a thinly veiled look at divorce.

And there are absolutely NO prizes for guessing which of these scenarios would best describe the outcome for most women.

Oh sure there are on occasions, splits which are reasonably amicable where assets are divided equally and splits which are not the result of the man sticking his revolting little cock into anything that'll have it. But I don't think that amicable is a common description for most divorces.

Yeh all too often it is the SHE, who is the person couch surfing after a dozen years of propping him up and supporting him and more than paying her way. Through the blindness of LOVE, she might have adopted his appalling debts as her own and now it is SHE who is left without the energy to go 10 rounds over a coffee cup, let alone trying to get what is reasonably owed to her.

She might have supported him for all the time he was unemployed after he was sacked in less than clear circumstances, all the while stoking the fires of his poor dented male ego

She might have supported him while he gained new qualifications and started up a new business, helping him celebrate every little win along the way.

She might have maintained the mortgage and all the household expenses and had no respite until finally, after a long long time, he found another job.

She might have become tired cos of work and the propping and the ego stroking and finally cos of the wondering where he was and what he was doing or who he was doing.

He could have squirreled away cash in hidden accounts held by people he could trust not to spend it, while he courted and bedded who the fuck knows, all the while making sure that his wife became a miserable soul. Yeh not much love left there huh?

He might have played hide the sausage with a work colleague while the wife cooked his dinner and kept house.

And given all this, He might have been fair and equitable when he desired divorce.

But this is not a fairy tale.

This is playing out right now, probably far more often than we think, and all too often it is the women who end up in dire economic situations when relationships die, even if they were not the ones wielding the murder weapon. How is this reasonable or fair or just?

If I had been caught out with my knicky noos all a kimbo and the smell of some other bloke wafting about me, then my conscience would kick in and I'd walk away with fuck all cos of the guilt. But too often it seems the one 'playing away' comes out on top - excuse the pun, and perhaps that's just cos they have had ample time to plan and scheme and the other poor soul is hit with a sucker punch and is an emotional basket case while things disintegrate around them and so they are just not up to the fight over the 'good towels' or the coffee machine. They haven't got a solicitor on speed dial and are not familiar with the ins and outs of the law. They are starting so far behind the cheater, that they are never gonna catch up.

Let's shine a spotlight on these turds who think they above reproach, above reasonable expectations, above treating others with dignity and fairness and let's NOT allow them to slide by thinking no-one has noticed, or that because no-one has said anything that it means their appalling behaviour is acceptable.

Let's shine a very bright light on 'em, and then walk away, leaving 'em to stand there alone, with only their sad little cocks to keep 'em company.

I hope yours falls off G!