Wages and value for money. 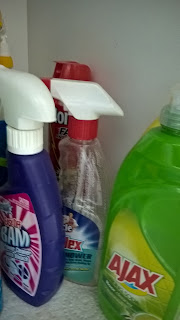 It seems that the users of this stuff earn more in a day than a teacher. What the very fuck?


I was so very pleased that a girlfriend dropped by this week. We always enjoy a lively natter and a good catch up. We have worked together so we know and like and dislike a lot of the same people, and so bitching and smiling is what we do.

She is recently retired from the chalk face - yeh we both know that it's been a fucking eternity since there was chalk, for me especially cos I developed an allergy to the stuff back in the early 90s and bugger me if that wasn't an occupational hazard to be avoided at all costs, cos instead of a Black Board I needed a White Board, and who would ever have guessed that Education Queensland would kick up such a stink about providing a bit of white plastic board, but kick they did. The memory is not a pleasant one - shit!

Anyway, my friend retired and so now does supply teaching one day a week, and earns 370 bucks a day!

Clearly I have been out of the loop a bloody long time cos that sounds like a shit load to me, so much so that I reckon it is time for me to throw my hat into the ring again. Of course I am not sure where the ring is or indeed if I am capable of chucking anything that far, or if there wouldn't be some dick permanently employed by Ed Queensland to throw that fucker right out again, but maybe I could look into it -  Yeh Noone else  is convinced either.

But we had a couple of cleaners pop in to quote to clean the place for the Open Houses we have agreed to in January. So I don't know what qualifications they have, but they earn, wait for it.....800 big ones a DAY! I think they might have to share it, although I am not clear if 2 people are coming to slough out the Big House or just one.

I know the place is big but it ain't filthy! It's not like they have to back in with a mini skip and shovel in dog shit and people shit, and they don't have to dodge around decaying piles of food or rotting dead bodies. So I can't see how there is danger money to be had.

They have to sweep up dog hair and buff up the glass and mirrors.

Yeh if I was doing it myself I would be all red in the face and rooted when I was finished, but I would get it done in less than a day. Of course there is home ground advantage to consider, and there can be no doubt that I would far rather be using my brain than my saddo bit of brawn to earn a buck but to think that brawn outweighs brain to this extents beggars at least my belief.

The world sure as shit is changing!

The kids are all buggered and want to sleep late and play video games and eat peanut butter til it comes outta their ears, and the teachers, bless 'em all, well bless most of 'em anyway ( I can think of a few who need a hearty swift kick in the pants ) can all wave off into the sunset for a long well earned summer holiday, in the full and certain knowledge that if they fancied moonlighting as cleaners they could top up their clearly poor relation wage.

I thought someone had presented research showing that human brains were getting bigger and muscle mass was shrinking, cos we were thinking more and moving less, but that just can't be right.

I could have of course just made that up as wishful thinking.