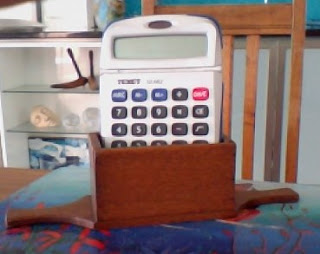 Yeh this is a calculator in an Offertory church collection box given to me as an ironic gesture years ago and I am collecting strange coins in it, but I might have to empty it out and send the cash as payment for the latest bills.


If it's close by, please have a look at your latest bill. Doesn't matter where it's from, cos there is some basic info that nearly all bills will include, especially if the sender fully expects to get your wonga.

I mean I am not an accounting genius, far fucking from it, but I am not in the habit of handing out cash willy-nilly for stuff not received, or stuff that I don't understand, or stuff that has not been specified. I mean I am not a genius, but that's a far cry from being some wealthy, naive, crazy person, who's best friend is a Nigerian Prince.

So when for the third time this week I got a bill, and when I say bill, this third one was actually a DEBTOR'S INVOICE, I began to wonder if in deed I was some sort of crazy person who had just forgotten to pay something important. It's possible of course what with chemo brain and all, but rack the poor old noggin as hard as I could and I just couldn't remember missing something. Ho Hum.

Then when I had a little look, there was nothing specific on the account and no date due. Now that's also pretty odd. Again, never in my life have I sent out an invoice, but if I did, I reckon I would include some of this basic info if I expected to be paid.

So I rang and tried to get a handle on what I had taken delivery of but had forgotten all about.

Yeh, there had been NO DELIVERY. I was not going nuts, I could continue to take the chemo shit without fear of going completely senile. The bill, now a DEBTOR'S INVOICE, was for stuff - still unspecified and not due for delivery until the end of January, yep it was for the Emperor's new clothes.  So you can imagine I instantly grabbed my credit card and told them that if they had a bridge for sale I would be interested in that too.

Does this all sound like a scam to you?

The DEBTOR'S INVOICE was for $750. Now that's quite a chunk of cash I reckon. And I was left wondering who just stumps up the wonga without questioning it. I mean how lazy or ridiculously wealthy would you have to be to provide your credit card details without at least asking what it's all about?

In case you are still with me and wondering who sent the bill 3 times in a week, I will tell you, it was NOT a Nigerian Prince, and it wasn't a gypsy house painter or drive way fixer, it wasn't a telemarketer flogging funeral insurance. Nope, it was from a State Government agency, a High School. A State High School.

Proving that certainly education is not free in Queensland, and that the accounting system in place is not your bog standard, 'User pays' type of thing. This is more, 'You will probably use it at some point, months in the future, so stump up now and don't ask any questions, cos this place is so popular that if you don't like it, you can fuck off and we'll find some other schmuck to pony up the cash,' type of system.

A tiny bit of rudimentary adding up and I reckon it'll cost a least $2000 a year to go to this place. And that is not including stuff that continually rears it's head and sticks it's hand in your pockets.

This surely is not standard? How do people with no cash manage?

I spent 30 years teaching, and most of that time was in the State system. I am an absolute believer in Education for all, regardless of family circumstances. But it appears this is now some sort of pipe dream. It seems your kids get what you can afford. And it seems that schools can and in fact DO charge any damn amount, in any damn way they choose and there is nothing the local punters can do about it.

I would be jumping up and down giving myself a heart attack if I was still teaching.

This sense of elitism should never be part of the ethos of a State School.